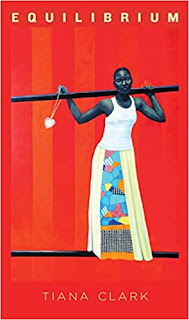 Equilibrium,by Tiana Clark (Bull City Press, 2016) is another winner of their Frost Place Chapbook Competition and another winner for me in the Sealey Challenge! A powerful book with powerful cover art by Amy Sherald. You can read "Particle Fever," a poem from the book, and get the book, here at Bull City Press. I think I got it by ordering a bundle of their chapbooks, probably when researching the competition!

The first/title poem is split down the page, showing a main split in her life and also her solution to it:

First coincidence: sitting beside my  TV is a DVD I just brought home, with both versions (1934 and 1959) of the movie Imitation of Life. I think I wanted to see them to compare them to each other and to the film Passing, directed by Rebecca Hall, which we admire. 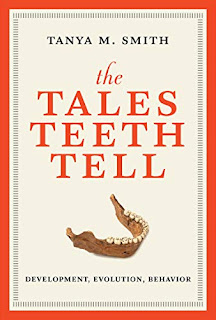 Second coincidence: I was just learning that the teeth of a comb are probably called that because of the actual animal "toothcomb," used for grooming. You can read about it here in Wikipedia, but I read about it in the book, The Tales Teeth Tell, by Tanya M. Smith, which something had led me to obtain via interlibrary loan. But in Equilibrium, I find those teeth in the poem "Hair Relaxer: An Origin Story," about the split between wanting to straighten her hair and accepting its "genetic bend of curls." 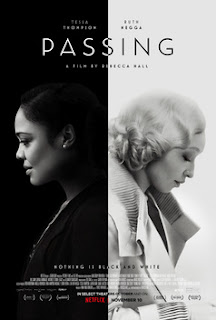 Third coincidence is the color blue, running through so many of these books this August, here in the poem "A Blue Note for Father's Day," as the speaker's white father is an absent one. And maybe there's another split running through all this, the body from the spirit, as with the beautiful Sarah, in the poem "Exorcism," "a girl with no father, a girl that / made God her father, a girl that wanted to be saved, / but mostly to be loved."

New Orleans and New York City come passionately alive in two back to back poems in this book, one of them, "Tell Me: Harlem," which begins, "Every day, I walked over the ashes of Langston Hughes " & his glittering cosmogram of ancient rivers...." 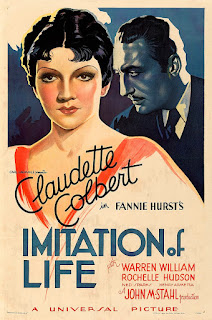 Then there's the heartbreaking "Broken Ghazal for Walter Scott," with a Facebook "video looping like a dirge on repeat" of "another black man dead, another fist in my throat." In "Particle Fever," she evokes her own name via the "hard consonant of T, / said with the Tip of the Tongue." In this one, she does name herself: "But Tiana--// you have got to stop watching this video. Walter is gone & he is not your daddy, / another story will come to your feed, stay back." 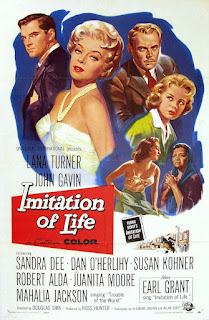 Emily Dickinson is invoked in "Sandy Speaks," a poem that made me gasp at the end. And again, in "How to Find the Center of a Circle," in the word "circumference," though the epigraph is from Countee Cullen, and the subject matter is "the first time // you are branded"--unforgettable. All through the book, such a perfect ordering of poems!

Fourth coincidence: I've been listening to Billie Holiday CDs, a compilation of Love Songs, recorded in the prime of her life, and her own favorite, Lady in Satin, with Ray Ellis and his orchestra, when her life and her voice were ravaged. Here in Equilibrium, I find in "Waking in the Vanderbilt Psychiatric Hospital,"

It does not matter what wild honey
drove me here for dark angels to sing:
I'm all Bessie, Billy, and Simone---

Fifth coincidence is lace, here "red lace, / endless red lace spills down the mountain / of memory." This lace is in part 3, Origin, of a long tour de force poem called "Prometheia Remixed." In part 4, "The Fire-Bringer," as a lover of myth and theatre, I am pulled in by the line, "I wish I could have seen Paul Robeson play Othello---" and then her imagination and writing let us see it, from her point of view:

after the play
make love to that same
pure milk he loved so much...

Please do find the rest of this poem on your own, how it keeps shifting, and how it ends.