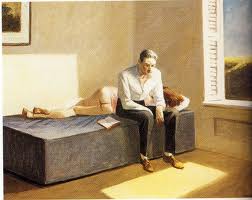 Thank you all for the outpouring of love and support in response to my blog post yesterday, Wait! I Quit My Job?!, in which I accidentally but for real quit my job. I cannot express how touched and amazed I was by your generous and feeling responses. So, thank you, thank you, thank you.

I did not sleep that night, and mostly forgot to eat the next day, but your support, and a similar showering of hugs at Facebook and in real life, plus naked cuddling with my husband, has done wonders!  I woke up smiling!

Hey, I don't have to go to work today!

Before that unexpected blog post sprang up in my life, I had planned to tell you some things I learned from 365 days of blogging about what people read, both about reading trends and blogging stuff, including what seems to inspire blogger comments.

I learned on Day 366 that revealing one's vulnerability and raw need, risky as that is, inspires the most comments. Again, thank you.

And that brings me to Among Women, a book of poems by Jason Shinder, an astonishing and beautiful book of vulnerability and raw need.  It begins with revelations in the first poem, "The One Secret That Has Carried," and never lets up.  Here are the first few lines:  "Irene loves a man / who is afraid of sex--/ she's attended // to everything, / said it was okay, / held me until I slept.  (Those slash marks are line breaks and stanza breaks, for you non-poets.)  At the end of this poem is the revelation that some things must be denied: "I've never told this story. / Even at the moment / of dying, / I would say / it was someone else's."

This is especially poignant because Jason Shinder did die, young, recently (2008), and his last book, Stupid Hope, was released posthumously.  Here is his New York Times obituary, and here is an article by a woman he once dated, discussing his dance with death.  I was astonished at how much I connect with him in what I learned from Melanie Thernstrom in that article--he was "a cheerleader for poetry" and he avoided chemotherapy.  (Which I would probably also avoid.  Having some similar throat symptoms, by the way; yes, that kind of over-identification sometimes occurs when I read, but I'm pretty sure it's from thyroid issues that run in the family wamily, so don't worry.) 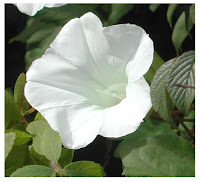 While some thought Shinder was in denial of death--and denial is a complicated and risky business--he was evidently confronting and accepting, while also fearing, death in these last poems. You can bet Stupid Hope is on my wishlist!

And the experience of not being able to stop reading a book of poems is the one I want to share with you.  Among Women was a non-stop read for me a couple nights ago.  As people say of thrillers and "page-turners" of all sorts, I could not put it down.  I tend to read books of poems more slowly, as I've mentioned before, sometimes poem-by-poem, sometimes section-by-section, mostly straight through in order after perhaps sampling a bit, but not always without interruption by other kinds of reading.  This one grabbed me and wouldn't let me go.

It challenged and inspired me.  I want to write a book like that, that someone won't be able to put down.  I will have to look at the poetry-manuscripts-in-progress with that in mind.

Thanks to poet Sarah J. Sloat for recommending Shinder to me over at Goodreads!  And thanks again to Pamela Callahan for yesterday's bird paintings.

The pertinent random coincidii:
--the cover is a painting by Edward Hopper called Excursion into Philosophy
--naked husband and I both love Edward Hopper
--I've written a poem called "Excursion into Poetry" that responds to this same painting, published in Poems & Plays
--Jason Shinder started out as Allen Ginsberg's assistant (HOWL!)
--last night I was "among women" beginning to plan a women's retreat about nurturing our...selves.
--the whole "cheerleader for poetry" business mentioned above
--raw vulnerability (Will it Blend?)
Posted by Kathleen at 7:31 AM

I've put both books on my list, just because of how you've written about this poet.

brave of you to quit.

Thanks for recommending Jason Shinder and Howl.
Howl I'm going to watch this weekend on Cable TV and I'm going to try to find 'Among Women' to read. My Library doesn't have it so maybe I'll buy from Amazon. Looking forward to, also, attaining 'Supid Hope'.

In reading the blurb of Jason's dealing with death and your mentioning this being a narrative in his poems, intrigues me. I Seem to dwell on this issue, sometimes unknowingly, in much of what I write. Sometimes it's hidden but it's there. It's not a fear, from seeing it up close in the ugliest of situations, but a profound curiosity.

(LOL) loving your reference to hubby and your 'nakedness' lately. Seems to have been waiting in the recently unopen boxes in the back of 1st editions.

Glad your enjoying the perks of 'free' time.

Have a wonderful day, mi amiga.

Interesting to read this on the day of my friend's funeral when I've been pondering responses to impending mortality. Can't yet sort it out, but feeling privileged to have known a woman in complete acceptance of her own death.

I, too, want to read Shinder now. And that's a great insight about vulnerability reaching people where they are.

Your decision to quit resonated with me in a deep way. It isn't so much that I think I'm going to follow suit immediately, but that it puts me in a new relation to work and one that I think is already changing. A friend talked me to about a couple of new directions my working and writing life may take, and I think that that is no coincidence. Or is, depending on how you want to phrase it...

I wonder what art your husband likes when he is not naked? Glad you are doing well and I will see you shortly when I bring my old sweet dog Wolf to your home for a visit!

I love that poem you quote. I heard "Stupid Hope" was a better book, but I guess now I'm getting this one, too. thanks