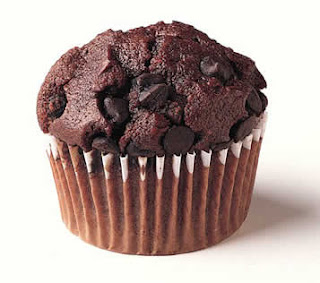 I have returned to reading Then We Came to the End, by Joshua Ferris, the book covered in post-it notes and briefly mentioned and pictured in a past entry, Looking Back, and the current selection of my book group. Ouch, ouch, ouch.  People keep losing their jobs!

But it's also very funny.

See, I will keep telling you what people are reading, but I am not going to keep track of days.  Still planning to introduce some categories of existence in future blogging, but today is a busy day of new starts, errands, and appointments, so I am just going to fill you in on the true "facts" of the memetastic award entry, and be random.

OK, to set your mind at rest (as I already set my mother's mind at rest), no pipe has burst in our house!  No, we will not paint the house lavender.  And, while people do come to the door offering to paint our house, trim our trees, and replace our windows, no one has yet arrived on a Saturday night, drunk, to offer these services. A friend and neighbor assures me that the finger gluing is impossible, as she repeatedly tried to glue her fingers together as a child, and failed, so that leaves....

The Mystery of the Muffin.

We still do not know why a flattened muffin wrapper and many chocolate muffin crumbs appeared in the middle of the kitchen floor the other day...but a Dog Named Wolf was visiting, and we feared the worst. Diarrhea, followed by death.  But the Dog Named Wolf is fine and evidently did not eat the chocolate muffin.

Who did?  Every human who lives in the house has been questioned and denies the recent acquisition and ingestion of a muffin.  (I know from the weird news that sometimes people live in attics and come down to eat and steal things while the homeowners are away, but I don't think that applies in this case.) That leaves...

Did he, in fact, have a crumb-covered muffin wrapper in his coat pocket after a hasty breakfast and early morning garage door repair job?!  Did said muffin wrapper fall from repairman's pocket to our kitchen floor to be nosed to the center of the room by a Dog Named Wolf?

These and other true "facts" may never be known.

But it's "true" that I have compared my brain to 1) origami 2) gray batter and 3) a blueberry muffin.
Posted by Kathleen at 7:30 AM

Ah, one of life's eternal mysteries...the remains of the cupcake and their origins. :)

Ah, yes, the old muffin missing dilemma!
Check for whoever has crum residue on their mustache or facial hair. I know from experience
that it will reside in the follicles forever. No one, family, friends, although may have visually captured this dangling evidence especially when a spontaneous smile occurs or sneeze erupts, they never tell the carrier. They fear that embarrassing moment that will occur when their eyes focus upon that promontory characteristic much like seeing someone naked that has a body image problem. This will be the evidentiary.
Good luck if you wish to accept this mission.

I really enjoy your blog, Kathleen!

I have to admit that this was my least likely suspect. I was sure it was the bookmark thing. When it comes to gluing inappropriate things together, never say "Impossible!"

And I also found a tiny round battery on the bathroom rug, suddenly, yesterday, after the Dog Named Wolf had gone...

Poor Wolf. Getting blamed for anything that goes wrong now.

Wolf is a very good dog!

a brain compared to origami...i love that.

Ah, was that a visiting dog? I was thinking he was a wanderer. I bet he did eat it. A chocolate muffin is not *nearly* enough chocolate to make a dog that size ill. ;) If he'd swallowed the little battery though...well...

Too bad about the lavender house! It would've gone nicely with our emerald green.