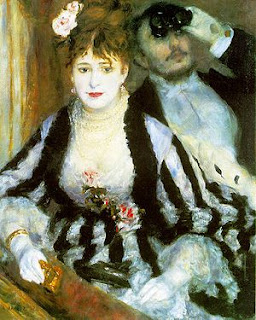 Tonight I am going to an Oscar party, woefully unprepared to vote because I have not seen enough of the nominated films, not even Toy Story 3, which has been around for a while, and which everyone tells me is wonderful and will make me cry.
I have seen:
True Grit
The Kids Are All Right
The King’s Speech
Inception
I could be cranky with myself for not having seen more of the Oscar nominees before Oscar night, or I could accept that it will be cheaper to get them from the library and it won’t hurt my ears so much, as movie theatres are really, really loud these days. I’ll just be cranky about that. And about the commercials, for cars and tv shows, that turn up among the movie previews and concession stand jingles nowadays.
But enough of that.  I am very much enjoying The Elegance of the Hedgehog, by Muriel Barbery, in the voices of a 12-year-old girl and a 54-year-old French concierge autodidact philosopher. I had to look up the word “loge” which I had always thought of as a theatre box (see Renoir painting above) but which is also a sort of compartment, apparently, where the concierge lives, inside the elegant residential hotel, with a door easily accessible to the public.  “Loge” can also mean “lodge,” and thus a dwelling, not just a kiosk or box.
But, in random coincidii mode, it is also the name of a moon of the planet Saturn and the Swedish or Germanized name, Loge, of the Norse God Loki.  The gods Saturn and Thor appeared in my blog posts this past week.  As a compartment or area of theatre seating (also the front rows of the mezzanine), it is pronounced lozh. As a natural satellite or person, it has 2 syllables, and the "g" is not softened by a "z" sound.
I am making these distinctions and clarifications so Madame Michel, the French concierge, a fictional character who is deeply offended by the misuse of a comma, won’t get cranky with me.
And, so Lorel J won’t get cranky with me, I credit her with the actual Crafty Doodle Day on which Cranky Doodle Day is based. Lorel puts Crafty Doodle Day to much better use, such as an elegant light switch cover she made herself! But we are building up anticipation for the book purse party, yes?!
Posted by Kathleen at 6:30 AM

You are four movies ahead of me!

i was thinking of seeing "The King's Speech" and/or "127 Hours" this afternoon. if i attend an oscar party, it will be at my own home with my husband and dog. enjoy yourself!

i love it when you look up a word and find out things about it you've not known.

I have only seen Inception and Winter's Bone -- I want to see 127 Hours (Is that the right number?) However, since I am buried in grading, I will probably turn off the television tonight and wait for the results Monday morning.

I've only seen the King's Speech (yes, I originally wrote "The Kink's Speech" - whicx raises questions about where I rank Father Christmas and the Windsors), and 'True Grit' - but I thought them both mightily expressive. (Timothy Spall's miscasting aside). I hope you have a good Oscar Party (I've been reading a biography of Billy Wilder this past two weeks, which provides vignettes of the Oscar ceremonies and awards from the late 40s through the early 60s). Somehow, I don't 'wish I was there' in Hollywood.

I now want to read The Elegance of the Hedgehog. Oh, summer, when will you arrive with hours of reading time?

I haven't seen any of the nominated films - not one! I did see the film of The Elegance of the Hedgehog, though. It was ok, "a quiet French movie."

Ah, and no doubt en francais (as Lisa Simpson's French teacher in the dream school says with just the right nasality).

Aha. Yes. Thanks for the credit, Kathyleen!

You know, I always think of you when I use the word Ahem as a sentence. I first saw it used that way in something you wrote - a letter to the paper or something. Do you remember?

Anyway, love that book purse idea. I made something similar to hide my booze bottle in. Had to use Riverside, though. A trade-off to be sure.

Oh, and in case you copyrighted the word Ahem as a sentence, know that I've only used it 3 or 4 times in my life - in case you think I have been dining out on it. And what are the royalties?

Ahem. You owe me a booze purse.

Wanna borrow Toy Story 3? I'll locate it and toss it across the fence. ;)