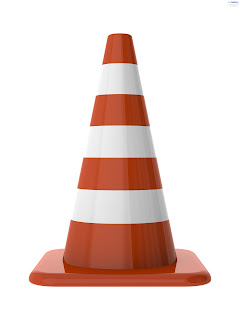 Day 364 of the "What are you reading, and why?" project, and yesterday all the streets were closed off in front of and surrounding my workplace, the bookstore, when I headed there after church.  It promised to be an annoying afternoon.  When the orange-cone situation turned out not to be 1) a murder 2) a pending explosion 3) a major ongoing leak, but, instead, 4) temporary-but-ongoing utility work, I got to work and promptly got stuck in the unshoveled back lot.

I will pause to mention that the boss bought a $100 electric shovel on a whim during the snowstorm...and then did not use it on the employee parking spaces in back.  Yes, yes, I was pissy and annoyed, but I got over it. I had to vent a little, to everyone around me, but I got over it.  Oh, wait, I am venting now!! 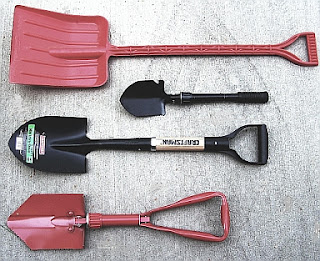 With a regular hand shovel, I shoveled myself out, and shoveled a space for myself  behind my fellow employee who had, originally, driven briefly and "illegally" (I quote her) down the other side of the street to get to work. Later, she shoveled under her car, which was able to get in but unlikely to get out, we did the move-the-cars shuffle, and she went home, while I kept working...till it was time to find something to eat and see Howl, the movie about Allen Ginsberg.

I was in two nearly deserted public establishments during the Super Bowl--one, a restaurant with a bar, where, indeed, the Super Bowl was on above the bar, so I saw glimpses, and the second, the theatre itself, which had maybe 7 moviegoers + 6 staff.  Many locals had seen the film when it was shown Thursday, Friday, and Saturday, and more when it was shown last year during the LGBT Film Festival, when I got to see Leading Ladies, a sweet, funny, dance film that we hope Ellen Degeneres is watching right now! 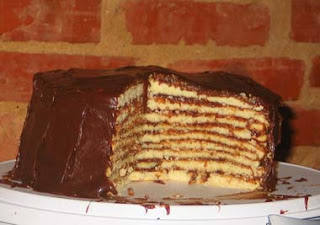 Anyhoo, I can report that a woman is soon to be reading a stack of local history books, searching for the "food ways" of local college students, faculty, and staff during the early days of Illinois State Normal College.  What did they eat, where did they eat? What restaurants were available? What local foods? What campus meals, and when were they available? Who cooked it? I remember my dad talking about the wonderful home-cooked foods at Wooster College in Ohio, the townswomen who baked cakes* and pies for dessert.  I hope our current reader discovers similarly delectable facts about this area.

*This is actually a home made Smith Island cake, the state dessert of Maryland, photographed by Paul Johnson, on Flickr, who allows this use with attribution!!

("Howooo!" Woman [this blogger] howling for cake under moon.)

And I can report that Howl is a real treat.  James Franco is up for an Oscar this year for 127 Hours, and he is surely a delight in Howl.  And I was so moved by the clip of Allen Ginsberg at the end.  I love the blend of black and white filming, color filming, and animation in this movie, and also the chance to hear sections of the poem more than once!  It really aids in understanding this long poem to hear it as voiceover behind animation and then again in the context of Ginsberg reading it to his friends in a smoky cafe setting, or vice versa.

And the film has the excitement of a courtroom drama, since it is one, with poet/publisher Lawrence Ferlinghetti as the defendant in the obscenity trial for Howl and Other Poems, published by his City Lights Books.

David Strathairn is marvelous, as always, as the prosecutor who does not understand and is troubled by the poem, and Mary Louise Parker and Jeff Daniels get to do cameos giving testimony you love to hate.  And Jon Hamm and Bob Balaban get to speak up for free speech.

So, that's my short, late review of Howl.  You can read a better one here, in the New York Times.  That reviewer doesn't like the animation, but I thought it had the little-boy vigor and enthusiasm of these on-the-road little boys discovering themselves.

It brings to mind Ginsberg's answer to the interviewer, asking, "What was the Beat Generation?"

"There was no Beat Generation," said Ginsberg.  "It was just a bunch of guys trying to get published."

So there you have it: my pissy rant, and a real howl about the loss of the best minds of a generation.
Posted by Kathleen at 7:46 AM

It's like a regular shovel, but with a long cord. You plug it in somewhere...but perhaps not in the chaos of the back room, a fire hazard even without wet electrical cords.

LOL! Imagine living in the south bend area where te lake affect snow amount is only second to buffalo, NY

You must need all 4 shovels here pictured, plus the electric one.

Yes, especially the electric one with my two prosthetic hips. Yes I am half bionic.

Thanks for your review on 'Howl'. I will try to find and watch it.

Still howling, inside, for that cake.

Kathyleen, thanks for cluing me in on Howl. I'll definitely hunt it down.