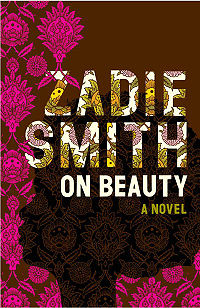 Day 362 of the "What are you reading, and why?" project, and my goofy sense of humor inspired 3 people to tell me what they are reading.  That is, over at Facebook, I posted a link to my previous blog entry, Random Shop Talk, with its image of Bond, James Bond, talking shop with his true love, along with the comment, "Book.  Need book."

Diane then brought up On Beauty, by Zadie Smith, which I love, and I told her about White Teeth, another Zadie Smith book, made into a mini-series, which the hubby and I just watched on Hulu.  Told Ben about this in the bookstore, too, as he had enjoyed White Teeth, which I recommended to him!

Both of these novels weave history and cultural conflict into the main narrative beautifully, generally exposing the flaws in anyone's extreme adherence to one thing or one stance.  On Beauty looks at art and religion, and White Teeth looks at science and religion, but that is too much of a generalization and summary.  So much goes on in both novels.  So much is brilliant, so much is funny.  Both build to a big public event...and I like the tenderness at the end of On Beauty, and how Smith can be subtle even while laying it all out there.

Wikipedia tells me On Beauty is an homage to Howard's End, by E. M. Forster, and I liked learning that she followed the structure of another novel in writing her own.  On Beauty was short-listed for the Man Booker Prize, and she later won the Orange Prize for Fiction, and I tend to like those British literary award winners.

Phyllis is reading Brightsided by Barbara Ehrenreich, about Americans' constant need to be chipper and cheerful and look on the bright side, which can lead to being blindsided by reality, when it smacks you in the face.  Reading some Zadie Smith could help Americans look at reality. 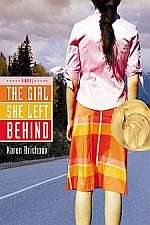 And Sheila read The Girl She Left Behind during the blizzard, snowed in with no electricity, by daylight, and then, quite reasonably, went to bed. By Karen Brichoux, this one is a novel about a girl who leaves Montana for life in the big city, and then comes home.  Sounds like it's quite a journey of self knowledge.

And me, I like how the pinks work in these images.  And I am still reading Sylvia Beach, and will, once again, take it to a volleyball tournament, later today.  Meanwhile, the state cheerleading championship is also going on in our town.
Posted by Kathleen at 8:50 AM